← more from
FiXT Neon
Get fresh music recommendations delivered to your inbox every Friday. 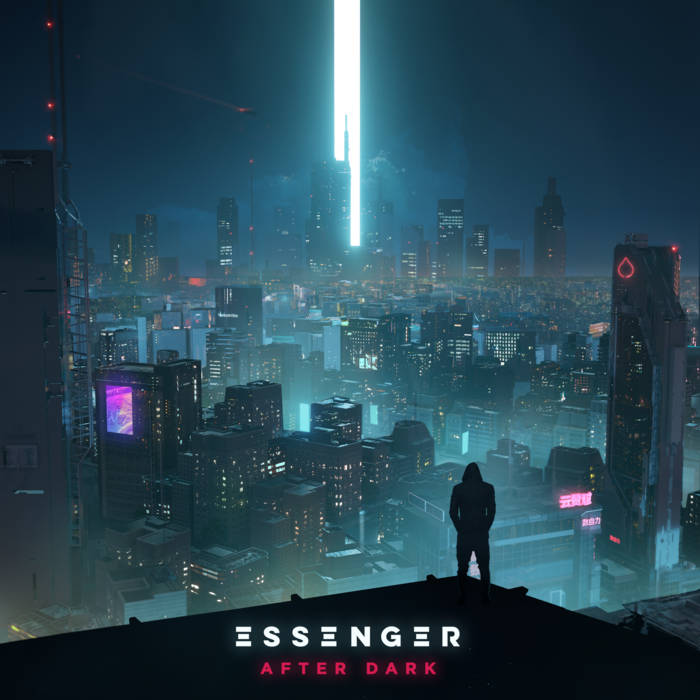 Simon On of my most listened to albums in recent times. I love the dark moody vibes. It's like listening to the internal monologue of the main character in a dark cyberpunk comic. Favorite track: Offworld.

oliviaisarobot Essenger is very underrated and I can't recommend it enough to everybody who likes dark synthwave. Favorite track: Half-Life.
more...

An Inhabitant of Carcosa

After Dark follows a story of existential dread, detachment and the struggle of reconciliation with the human condition in a rapidly-evolving world.

After Dark is the breakout debut album from pioneering synthwave artist Essenger. By building cinematic synthscapes with a dark, futuristic edge and infusing them with personal lyrics and songwriting touches, Essenger has crafted an immersive and beautifully produced recording that is unlike anything else in the synthwave genre to date.

Essenger has assembled a remarkable group of collaborators for the album as well. From the dystopian atmosphere of "Empire of Steel" with Scandroid to the darkly beautiful duet with Lexi Norton on "Downfall" and the metal-inspired aggression of "Lost Boys" with Young Medicine, each track on After Dark holds its own personality with plenty of surprises for listeners to discover. - FiXT Neon

Essenger stands on the cutting edge of electronic music, blending an array of influences for a sound that pays tribute to modern alt rock, EDM, and synthwave. His highly personal songwriting style and personal lyrics result in a unique style that opens new possibilities for both retro and future synth music. ... more

Bandcamp Daily  your guide to the world of Bandcamp